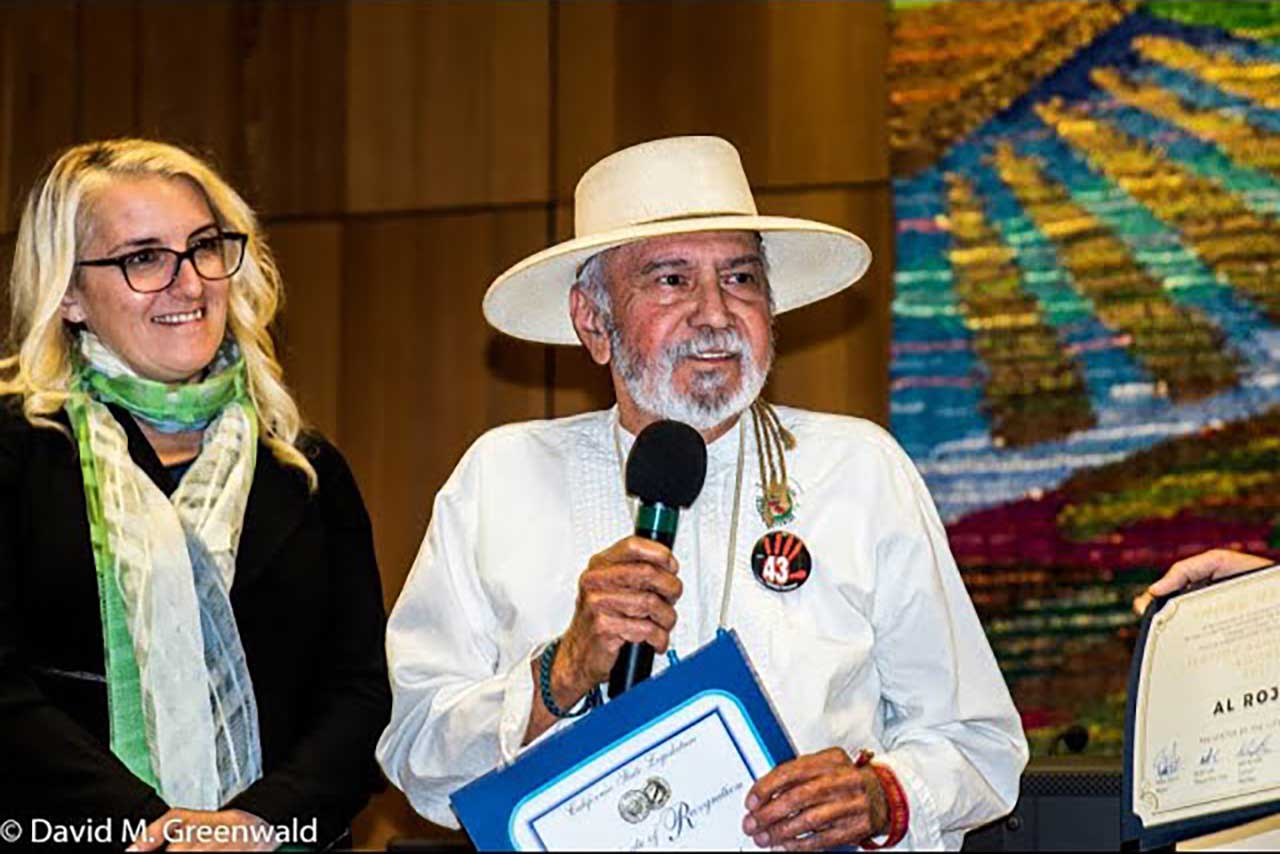 We were devastated to hear of the passing of Al Rojas, Yolo County legend and forerunner in the fight for equality. Al was one of the fiercest labor leaders, a pioneer of the movement for farmworker rights.

Al dedicated his life to fighting for the dignity, rights, and humane treatment of farmworkers throughout the state of California and beyond. His decades of tireless effort, at great risk to his own personal safety, eschewing personal wealth, while working the picket lines and fighting for those whose voices were ignored and unheard, was critical to the rise and success of the United Farm Workers in the 1960s & ‘70s.

As a native son of California’s Central Valley, Al co-founded the UFW with César Chávez and Dolores Huerta.  During the historic grape boycott, the UFW sent farmworker families all over the world to lead the boycott. Al and his family relocated to Pittsburgh where Al drove the shutdown of grape consumption locally, forcing growers to acknowledge the farmworkers and enter contracts.

Al returned to his home state to act as UFW’s local contract administrator for farmworkers in Napa and Sonoma. After being with the UFW for nearly 20 years, he left to join the California Labor Commission, promoting and enforcing labor safety and wage laws for all workers in California. Refusing to let retirement dissuade him from advocacy, Al stayed active with the Labor Council for Latin American Advancement and other progressive causes. He led countless rallies seeking humane treatment of undocumented immigrants.

On March 20, 2021, a bright light for civil rights was extinguished. Every generation stands upon the shoulders of the giants who lay the foundation for a better world in the struggle for human rights. Though we have lost an irreplaceable spirit, we pledge to continue the work Al committed his life to.

Our hearts are with Al Rojas’ family and friends as they grieve his passing and celebrate his life.

And/or a call to action?

STAY IN THE LOOP